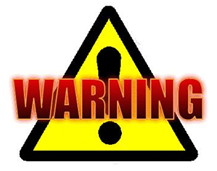 When each of you joined this program, I promised that I would keep you ahead of the curve in what is going on nationally...This is one of those times and could save you both your hard earned money and your practice. READ CAREFULLY and take action.


Over the last 31 years of practice, there has always been 1 gray area that has NEVER been clearly defined to my satisfaction;  how to compliantly bill one fee for my cash patients and another for my 3rd party reimburser's (including PI.)
I have run the gamut from having patients sign a financial hardship letter, limit services for the cash patient to simply doing nothing. Although many of my colleagues through the years have had minor issues, there never seemed to have any significant issues until now.
I have now had 2 doctors in 2 different states communicate with me the following scenario:
The PI carrier called to ask what is my cash fee vs. my personal injury fee.
This simple asked by an "organized question" raises my antennas at the highest level and demands immediate action so that when this becomes the next "reason du` jour" for the carriers to go after doctors to make the next windfall profit, you will NOT be one of them.
The first issue that is non-negotiable is that "if it is not in writing it doesn't exist." Therefore everything I am requesting mandates that you acquire all proof in writing.
I first recommend that you contact your state organization and ask if they have any written opinions from their lawyer. I am NOT interested in an official position statement put forth by the organization. The organization is made up of doctors like you and me. We don't know CRAP about the law no matter how passionate we are about our beliefs. You need a legally defensible position that will hold up in court and a political trade  organization assembled to further your business (yes, that what each state organization is) holds some value, but not enough for my comfort or for peace of mind that my family and practice are protected from predatory carriers.
The real issue is that you sought a legal opinion from an officer of the court. If they are wrong, your actions are often considered a misdemeanor vs. a felony because it goes to intent. Your intent by seeking legal counsel was to function compliantly within the law and will be reflected by the courts at the worst case scenario. IF...that lawyer represents a trade organization, all the better...but..the opinion either has to be on letter head of the lawyer or of the state organization with the lawyers signature and credentials with his name to verify that you sought the opinion form an officer of the court.
Should you not be able to get an opinion from the state organization, call your state's department of insurance and ask the same question about a 2-tier billing system. You simply want to know how to function compliantly within state law. I would call both to verify the answer and ask for either letter from them or the section of regulation that outlines how to function within the law.
Some states will not have any rules or regulations regarding how to function. For this, you should get a letter from any lawyer asking their opinion. Opinions from other states will have some precedent value for the lawyer to base an opinion.
Once you get your letters, please share them with me so that I can post them for the entire group to utilize.
URGENT: Should anyone call to inquire about your fees, do not give any information over the phone..to anyone...ask to please come into the office and you will gladly share that information based upon a clinical evaluation and what they need. IF...a carrier identifies themselves, NEVER give any information, refer them to your lawyer or ask for their contact information and have your lawyer call them. The carriers are neither benevolent or on your side...EVER!