"The Narrative Kisses of Death"

Last week at the Trial Lawyer's meeting, they spent hours discussing direct and cross examination and a good amount of focus was spent handling the treating doctor's "challenging" reports. When we review all that has been said about lawyers and narrative reports, I have gone to extreme detail in my repeated warnings that lawyers scrutinize every word, as each word can be the difference between prevailing and losing. In the lawyer's world that means being able to either earn a living, or end up with ZERO. There is no middle of the road as doctors have in getting partial payment for care. They don't get partial payment for handling any part of a case unless they prevail.

This is said with the caveat that I (we) don't really care if they win or lose, our job is to simply report the truth. However, how you report the truth is critical in an admissible format and the difference between responsibly reporting those findings is the difference between having a lawyer work with you for the balance of your career, or never working with you again and "trashing you" to the entire legal community.

The Kisses of Death in the medical-legal community are a group of VERBS".

For those of you who slept through your entire 3rd grade and for some inexplicable reason became a doctor without knowing what a verb is:

1. (Linguistics / Grammar) (in traditional grammar) any of a large class of words in a language that serve to indicate the occurrence or performance of an action, the existence of a state or condition, etc. In English, such words as run, make, do, and the like are verbs

b.  (as modifier) a verb phrase Abbreviations vb v 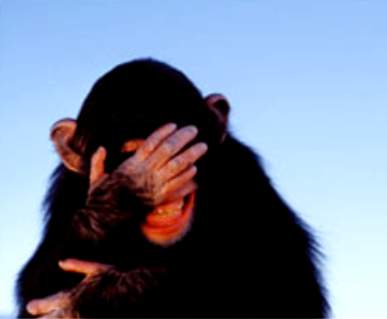 Now that I have passed the embarrassing part, let's get back to the issue at hand...

The following are 5 samples that have been sent to me during my narrative critique process and illustrate the problem. In addition, there are a host of other problems in these examples, but I am limiting my comments to this issue.

NOTE: To spare you angst, I also made the myriad of spelling corrections as these doctors still don't get the fact that spelling and  grammar counts.

This patient’s response has been fair to conservative care to date. Prognosis is based on clinical response. Following the crash, Miss XXXXX had significant injuries which have been outlined and supported by diagnostic testing. The stabilization range for each injury will be listed below.

Basically, the following has happened: spinal trauma has caused misaligned vertebrae throughout the spine, overstretched tendons and ligaments, displaced the cervical disc and irritated the nerve roots.  In addition there has been considerable inflammation of supporting connective tissue.  Injuries of this type and the body’s response to them can go on for years.  The ligamentous and capsular structures of the spinal joints possess elasticity and tensile strength only to a limit.  When they are subjected to a deforming force beyond their functional capacity, while some recoil is possible, they never regain their original size and shape.  Repair is slow and occurs by scar tissue formation.  These scars are less elastic and less functional than the original tissues they replace.  This serves to reduce intersegmental motion.  The muscles which reinforce the ligamentous and capsular structures and function to create movement are very susceptible to direct trauma.  The short muscles and those with attachments to the bony processes which they span are the most vulnerable.  Overstretching of muscles causes pain and spasm which may be persistent. Here again, healing by scar tissue formation impairs normal function.  Direct trauma insult to a nerve results in inflammation in the dural sleeves and perineural tissues.  This can result in fibrosis and subsequent adhesions between the dural sleeves and adjacent capsular structures.  This causes a lack of normal movement of the nerve root within the intervertebral foramen.  The subsequent irritation of the involved neural structures can therefore be responsible for future complications involving pain and parathesia, which so often accompany this type of injury in the form of long-range sequellae.

Mr. xxxxxx’s pre-existing disability was likely a factor in his recovery, as were his risk factors for late whiplash :  Immediate onset of pain (1,2,3,4); Unaware of impending crash (5,6); Rear vector collision (7,8,9).  Mr. XXXXXX is likely to experience intermittent episodes of lower back pain over the next 3-4 months as the connective tissue progresses through the final phase of healing known as the remodeling phase.  The remodeling phase has been determined to last from 6 months to a year

This patient’s response has been fair to good care to date. Prognosis is based on clinical response. Following the crash Ms. XXXXXX has had significant injuries which have been outlined and supported by diagnostic testing. The stabilization range for each injury will be listed below.

The assumption is that changes in orthopedic function result from mechanical forces into the spinal joint, ligaments, articular surfaces, nerve roots and articular capsule nerves. These forces are created during the sudden acceleration of body mass during an automobile collision. In physics, the formula is KE=1/2 MV2.

This states that the kinetic energy is equal to ½ of the mass (patient weight) multiplied by the velocity squared (speed at impact). This formula is used along with research data to illustrate this phenomenon resulting from accelerated injury. According to the body of research done by Severy and McCabe, the G forces exerted from the impact collisions as experienced by the passenger are up to 5X that of the car at 8.8 mph. At higher speeds, these numbers can exceed 10X the G forces on the vehicle.

The mechanical forces along with ligaments (including the disc) and the muscles supporting these regions are the indicators used in physical medicine for diagnosing the damaging effects that have resulted. The purpose of this illustration is to convey massive impact reigning on the soft tissue structures with subsequent derangement measurable by useful functional losses. The significance is further directed when MRI reveals disc herniation.

Mr./Ms. XXXX, due to the extent of his/her injuries may have settled into a chronic condition. Chronic complaints are characterized by lingering discomfort of varying intensity, often associated and aggravated by the level of activity of the patient. It is likely that he/she will continue to suffer the effects of this accident in the foreseeable future.

Due to the MRI findings of an XXXXX, there is the possibility that Ms./Mr. XXXXX’s disc injury could become symptomatic depending on his/her activity level. Disc bulges are notoriously susceptible to aggravation. A sneeze or long drive could cause irritation and inflammation.

Loss of the normal cervical curve as found on the MRI, is a common post traumatic finding. This loss can lead to future problems, often characterized by stiffness and soreness. The normal healthy efficiency of the neck is reduced without its normal shape.

Unfortunately Mr./Ms. XXXX’s complaint appears to have developed into a chronic condition; these conditions are characterized by mechanical compensations within the soft tissue structures that ultimately improve the body’s performance but often at the cost of function. It is likely that he/she will continue to suffer the effects of this accident in the foreseeable future.

I have suggested to Mr./Mrs. XXXX that should his/her XXXX complaint continue he should have his primary care physician send him for an MRI. The results may yield further avenues for therapy and relief.

The speakers at the Trial Lawyers Association claimed they spend more time attempting to undo these words than they do to refute a negative or improper IME....and they claim that improper IME's are the bane of their existence!

CONCLUSION: Your poor choice of words are often more challenging that a "Whore IME"! And you wonder why they don't want to work with you?

The solution is simple and only has ONE RULE, only discuss what is. Do not speculate or leave room for interpretation. If you say the patient "could", that also leaves room for "they couldn't" as well. The courtroom is a war of words and a good layer will be able to twist every word so that the meaning changes 180 degrees. Leave no room for interpretation in your opinion. It either is or isn't.

This is also why I am very clear with lawyers on marginal cases, I do not deal in possibilities or maybe's. I only deal in what is and I have demonstrative verification to back up my opinion.