“Getting Paid: Carriers Tactics Circa 2015”

As the games go on, it often gets more difficult to ferret out the good, the bad, the ugly and the outright FRAUD. The following is an offer from Progressive that a doctor received today. Please read it carefully and then his response right after. Once you have read both documents CAREFULLY (as your income depends on it), I will dissect the response and why.

I have now seen this in 3 states on a repeated basis and is both a current trend that will shortly be prevalent in every state unless the action is stopped by fighting back, using regulatory agencies that were created for this very circumstance. Your current and future income is at stake for necessary and ethical services rendered. This is purely a cost containment (greed) action by the carriers and my goal is for you to be paid as you are entitled to by LAW. 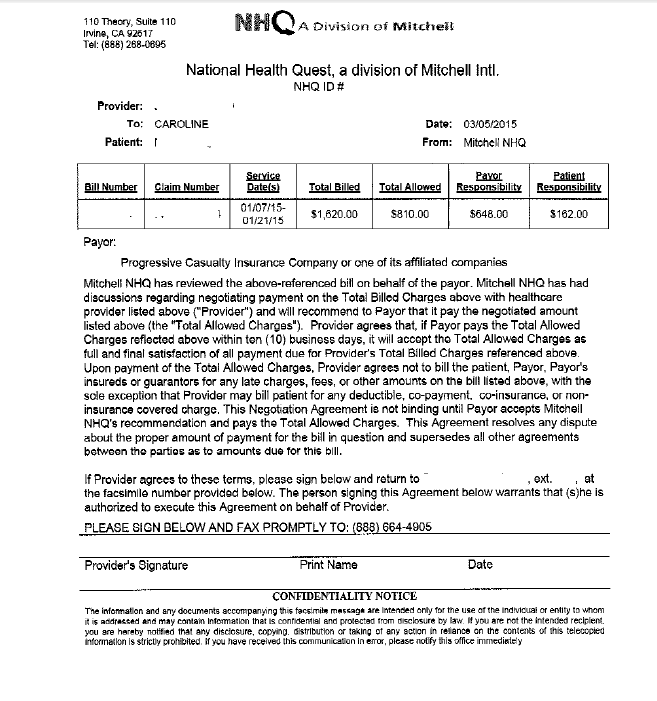 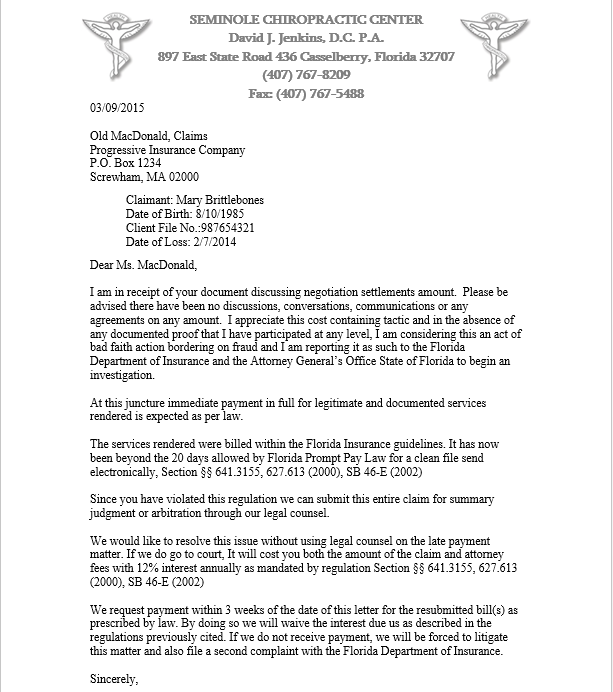 In the second sentence of the carriers offer, it states “Mitchel NHQ has had discussions regarding negotiating payment on the Total Billed Charges above with Health Care Provider listed above.” That is a patent lie and FRAUD as the carrier NEVER spoke to the provider, nor did the carrier's consultant. If you did that the carriers would likely have you in front of a licensure board, Federal Court for a RICO suit and then publish the lawsuit through the media to destroy your practice.

The carrier is taking this action because too many “fools” who will take the offer in the hope of a quick buck and ignore the fact the carriers are screwing you and laughing all the way to the bank. Once that occurs on a national scale, it will become the norm and too late to undo this tactic.

The rebuttal letter is on point in that you acknowledge the lie and then inform the carriers that you are reporting them to both the state’s insurance department and the State’s Attorney General’s Office for fraud. Once you take these actions then they will consider not taking advantage of you and look for easier targets (other doctors who are not my clients) along with considering changing tactics against our profession at the expense of the injured.

We will tackle new circumstances as they arise. This is the reason why most of you hang in there with me for so many years in spite of my winning charm, calm demeanor and deep patience for everything you bring to me... We will win together and GET PAID as prescribed by law.