This came from Tennessee today:

New patient today, 9-13-2013.  25 year old  male, wrestling and drinking with buddies one month ago, held upside down and dropped on his head.  Was in bed for 3 weeks and now comes to see us.

I took these films before doing anything as when asked if sneezing or coughing aggravates his eyes got REAL big and he says, "man if I sneeze I have to physically hold my head with both hands (one on anterior forehead, another on chin) to keep my head from flexing forward.  It really hurts and everything goes numb for a few seconds when that happens."

We burned them the films to disc and had him transported (by friend) to the hospital.

The only thing I would have suggested was to dial 911 and have an ambulance transport the patient. A sneeze in his friend's car in transport could have created a huge issue.

NOTE: In case you cut every x-ray class, pay attention to C6-C7 and C7-T1. I am also ignoring all other biomechanical failures and only focusing on the urgent scenario. 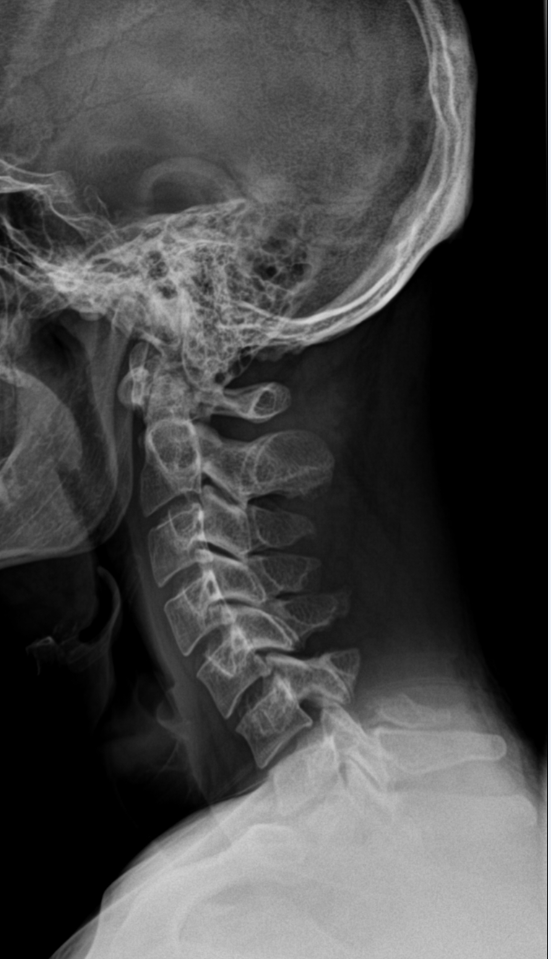