This case was sent to me by Dr. Bill Owens

I was referred a patient by an attorney that was unhappy with how other doctors had worked her up.  She had an MRI, with no disc herniations, however what the radiologist did NOT report were the Schmorl's Nodes present at T8-9 and L1-2.  The thoracolumbar region is the #1 region to have an ACUTE Schmorl's Node (which is essentially a vertical disc herniation that fractures the endplate).  There were no degenerative changes surrounding those levels, so it was highly likely that these were NOT degenerative (which is the prevailing thought process).  I immediately ordered a bone scan and below is the result.  Now we have objective documentation of WHY her lower back pain has persisted...fractures in those levels and 2 rib fractures.  Proper correlation is critical, if I didnt read the MRI, if I wasn't CERTIFIED this would have all gone undiscovered and this patient would have lived her life thinking she was crazy.  She is 38 year old.

BONE SCAN OF THE LUMBOSACRAL SPINE

CLINICAL INDICATION: History of lower thoracic and lumbar spine pain due to injury during MVA on 9/10/2011.

Delayed images and SPECT images show linear increased uptake in L1 and T8 vertebral bodies suspicious for minimal compression fractures.  The remainder of the spine is unremarkable.  Increased uptake in the anterior margin of the right third and sixth ribs are noted suspicious for injury/fractures.  The sternum is unremarkable.  The left rib cage, the shoulder girdles, the upper extremities, the facial bones, the skull, the pelvis, hips and lower extremities are unremarkable.

IMPRESSION:  SUSPICION FOR SUBACUTE FRACTURES WITH INCREASED UPTAKE ASSOCIATED WITH THE ANTERIOR OSSEOUS MARGINS OF THE RIGHT THIRD AND SIXTH RIBS AND IN T8 AND L1 VERTEBRAL BODIES.  IF CLINICALLY WARRANTED, FURTHER EVALUATION WITH MRI OF THE THORACIC SPINE AND LUMBAR SPINE CAN BE HELPFUL FOR FURTHER ASSESSMENT. 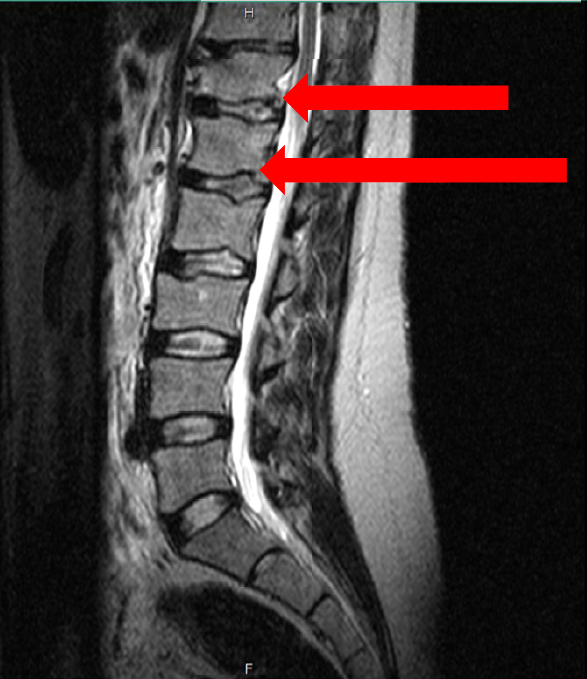 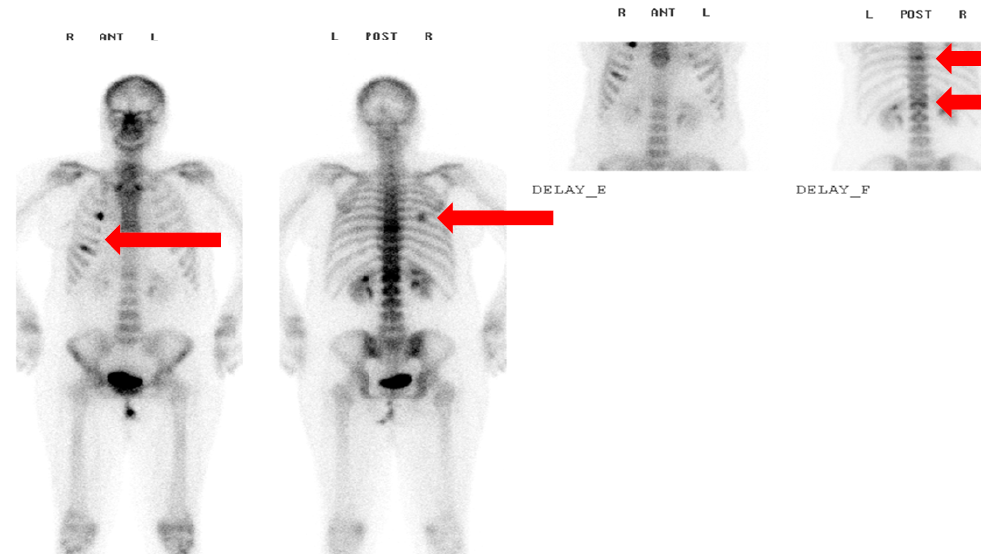